SLG offers comprehensive, result-centric treatment for skin, hair and nail diseases with a team of experienced and highly skilled dermatologists, headed by Dr. J V Subba Reddy who is widely regarded as the Best Dermatologist in Nizampet.

The department boasts of state-of-the-art facilities and equipment including the latest laser technologies. Our specialists are well-qualified and proficient in a wide range of procedures and evidence-based therapies to manage and treat a variety of disorders, making SLG the best centre for skin and hair-related problems in Hyderabad.

Our expertise encompasses aesthetic procedures that enable you to flaunt blemish-free, flawless skin, adding to your confidence and personality. Technicians trained in the latest techniques operate the sophisticated machines to offer you complete assurance of safety and optimum outcomes. SLG takes prides in providing the best dermatological services in Hyderabad.

Venereology is a sub-speciality of dermatology, where the specialist’s range of expanded services include the diagnosis and therapy of venereal diseases – i.e. sexually transmitted infectious diseases (STDs). These can be caused by bacteria, viruses, parasites or fungi, but almost always via the skin, which is why venereology is also considered part of dermatology. In case of some STDs, infection is also possible via contact with infected blood.

At SLG, our team of experienced venereologists treats all cases with sensitivity and confidentiality. On suspecting that the patient has a venereal disease, the specialist first discusses the matter with him or her to get a precise description of the symptoms. If the symptoms are in the genital area, the specialist will usually conduct an inspection to look for any skin abnormalities. To rule out or confirm an infection, a smear test may be recommended where vaginal secretion, any infectious secretion such as a discharge from the urethra or skin material, will be examined.

Depending upon the type of infection, the treatment can be in the form of antibiotics, ointment, tablets or surgery. Our specialists also provide counselling on practicing safe sex to prevent recurrence of the STD.

SLG is one of the few hospitals with a venereology department and is considered to offer best treatment for sexually transmitted diseases in Hyderabad.

Leprosy, also known as Hansen’s disease, is a chronic infectious disease caused by bacteria called Mycobacterium leprae, which can affect the nerves, skin, eyes, and lining of the nose.

Once feared as a highly contagious and devastating disease, leprosy is today considered highly curable through timely detection and treatment, and it is known that the disease doesn’t spread easily. However, if left untreated, the nerve damage can result in crippling of hands and feet, paralysis, and even blindness.

SLG’s team of leprosy specialists is skilled in the early diagnosis and effective treatment of the disease with advanced multidrug therapy. Patients can continue to work and lead an active life during and after treatment.

It should be noted that while the treatment can cure the disease and prevent it from getting worse, it does not reverse nerve damage or physical disfiguration that may have occurred before the diagnosis. Therefore, it is critical that the disease be diagnosed as early as possible, before any permanent nerve damage occurs.

Meet our Top Dermatologists in Hyderabad 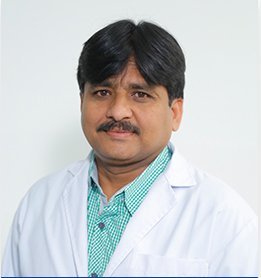